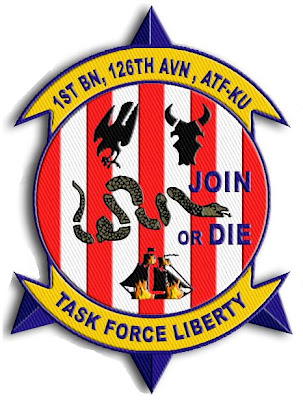 I know it's been quite sometime since I last updated this blog, but I've been waiting for a series of events to run their course before I gave a general update. Allow me to explain:

A few months ago (back in August, I believe), I was training with my California National Guard unit up at Camp Roberts. We had just found out that our anticipated deployment in early 2012 had been canceled, and I was wondering what I would do for full-time employment. Our battalion XO recommended that I check out the "Tour of Duty" website, where all Guard/Reserve job openings are posted. I did, and lo and behold there was one vacancy for a chaplain to deploy - with a unit from the Rhode Island National Guard. I immediately informed my Brigade Chaplain of this opportunity, and was told to "go for it."

When I called to get more information, I was told that the Battalion Commander was interviewing prospective chaplains to determine who he would want to take with him. A few days later, the commander called me and asked me if I wanted to apply for the position. When I told him yes, we went through a short interview and he said he would get back to me the next day with his decision. Tamara and I prayed about it that night, asking that if it was God's will for me to take this job that he would grant me favor in the sight of this commander and be offered the position.

The next morning the commander called me back and said that he had selected me to fill the available chaplain's billet and accompany them on their deployment!

So far, it seemed that God had answered our prayers and all that remained was to get out to Rhode Island and deploy with his unit, right? Wrong.

When I called my current battalion commander about this opportunity, he was very favorably disposed to letting me go, but said that it was up to his boss - the brigade commander. The brigade commander said I could go, but only if I could backfill my position - something that our state chaplain would have to do. When I called our state chaplain, I was surprised to find that he was unwilling to let me go; apparently, there is a chronic shortage of qualified chaplains in the California Guard and he was not about to let one go voluntarily, no matter how pressing my financial need was to find a job. The only way he would let me go was if I found a full-time job in another state, which would necessitate an interstate transfer. The only problem was that I didn't know anyone in Rhode Island and certainly didn't have any job prospects in New England!

A day or two later I was talking to my dad about all this, and he agreed that the only way I could go with this unit was if I was able to find a job in New England and do an interstate transfer. He remembered that our old pastor at the Virginia Beach Community Chapel - Dr. Harold Burchett - was living in Rhode Island, and did I want him to call and see what he could do? This set in motion a chain of events which resulted in a church in Attleboro, MA offering to create a position for me as their Military Ministry Coordinator - which would allow me to present my state chaplain with a letter of employment. This in turn would require California to release me to the National Guard unit of my choosing - which, naturally, would be the deploying Rhode Island unit.

After coordinating with the battalion commander and senior chaplains in Rhode Island, I moved out here on October 12th to get settled in to the area and begin working with the unit. However, my transfer was delayed due to some administrative issues. Finally, the paperwork came through last week and I was released from California and officially attached to Rhode Island. My new unit is already in the process of cutting me orders for the remainder of November and ensuring that I get paid for the weeks in October that I was out here.

As it stands now, our unit will get mobilized on November 27th, and will spend nearly two months training at Ft. Hood, TX before flying over to Kuwait. We'll be stationed at Udairi Army Airfield in Kuwait for nine months, and then will return to RI for about a month of redeployment training before being demobilized.

Thanks to all of you for your continued prayers and financial support during this time. Tamara and I have shared the conviction that this deployment was something that God was opening up for us, but it has been both a financial challenge and a test of our faith to wait for everything to line up in the right order. Praise God that He has brought us through all of these hurdles and that I am now able to begin ministering on a full-time basis to the men and women of the 1st Battalion, 126th Regiment (General Support Aviation Battalion), or 1-126th AVN (GSAB).